Paddington is home to some of London’s best known landmarks, including London Paddington station, St Mary’s Hospital and the former Paddington Green Police Station. Boasting an illustrious history, since 1998, Paddington has witnessed major development and construction. Described as “the largest central London redevelopment scheme” since WWII, Paddington Waterside has put the district back on the map. Since then, PaddingtonNow Business Improvement District (BID) put forward a renewal bid in 2017. Covering the period between 2018 and 2023, the proposal aims to bring major development to the area. 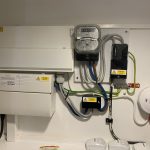